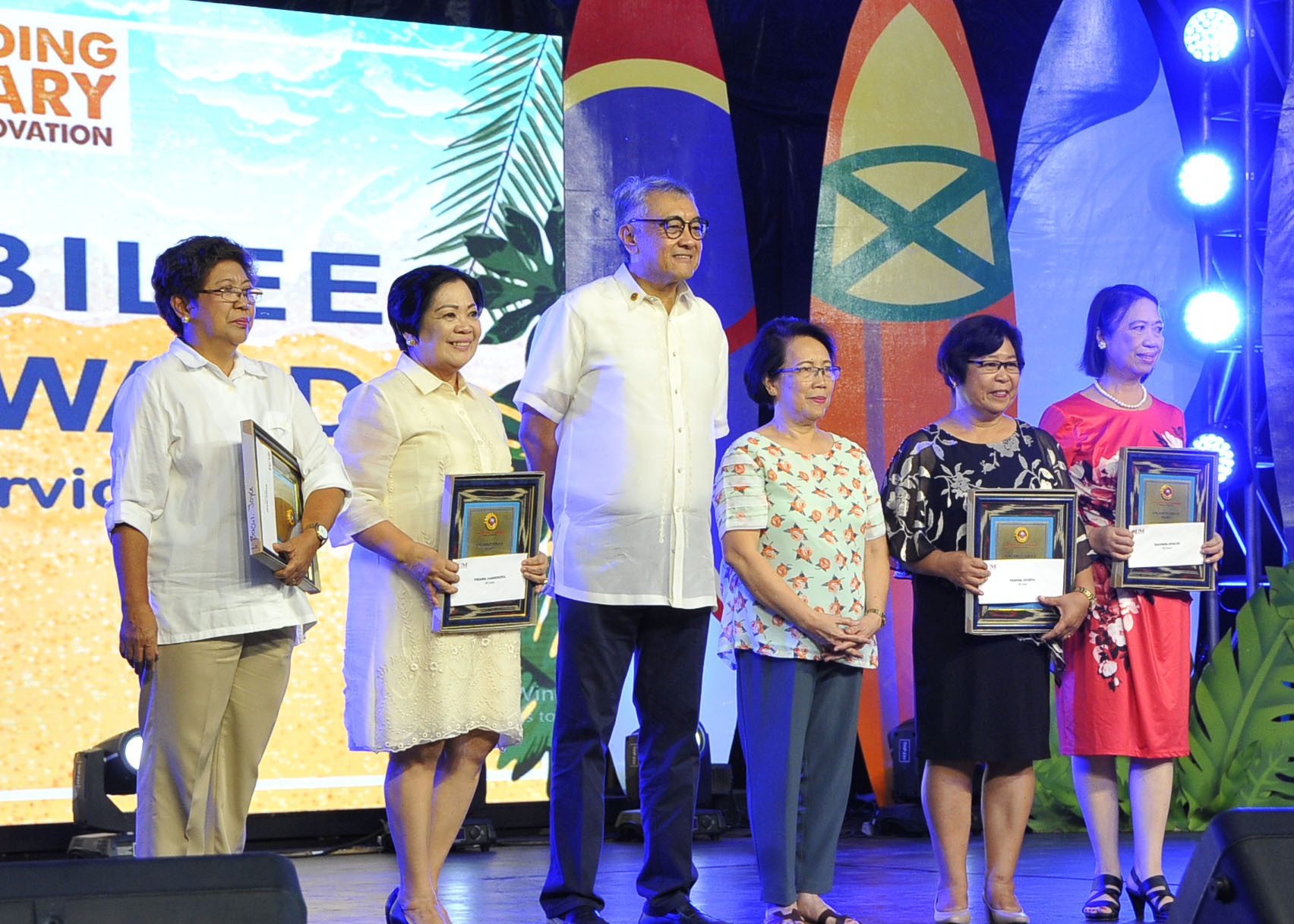 Loyalty and dedication to work is always rewarded when one puts his or her heart in the performance of tasks, looking after the welfare of others. For one who does not count the cost in serving others and practices honesty, decides for the good of the majority, serving through the years is a pleasure and a satisfaction in doing good.

In the field of education, there is a wide field for the teaching profession to serve. So with those who work with the University of Mindanao, devoted to the non-teaching, but related fields.

On July 26, 2019, University of Mindanao’s Founding Anniversary, an awarding ceremony took place to recognize Model Employees, Outstanding Teachers and persons who have performed well and deserving of Service Awards and other Special Awards.

University President/CEO Dr. Guillermo P. Torres, Jr. delivered his President’s Message after which dinner was served followed by a raffle, competition among employees of each department and socialization.