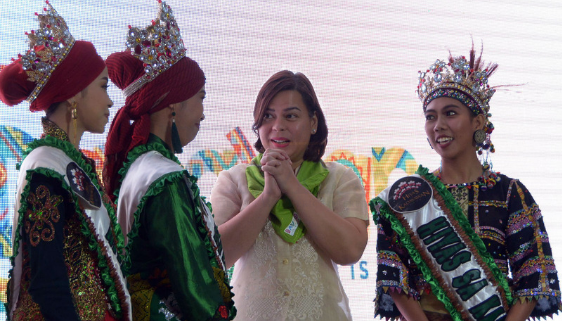 Organizers  have allocated 70 million for the month-long celebration of the 34th Kadayawan Festival as City Hall promises the grandest bash and higher prizes for all the participants in various competitions.

shouldered by our contestants.”

The celebration will officially start on Aug. 2 with the Subang Sinugdanan Ug Pag-abli sa Kadayawan to be held at Magsaysay Park.

The Kadayawan Village located at Magsaysay Park will also be renovated and will be open for tourist starting Aug. 1 until the month ends. People can also enjoy the 3D light show at the City Hall as well as the Agri-Trade Fair along MacArthur Highway throughout the month.

Foods, plants, arts, dry goods and other Kadayawan inspired-products will also be featured every weekend – Friday to Sunday – at Sta. Ana Wharf for the Tabuan sa Kadayawan. The artisanal, food and cultural performances of the 11 tribes will also be showcased every Saturday and Sunday except Aug. 10 at Magsaysay Park.

During the 34th Kadayawan Festival media launch on Monday, Mayor Sara Duterte emphasized the important role of the indigenous communities in Davao consisting the 11 tribes in shaping the rich history of the city.

Tecson said instead of changing the icons, they upgraded the designs “because remember the four icons are really what we are bragging for the city, we actually called them our four royalties.”

Mt. Apo, known as the highest peak in the country is where the Davao’s ethnic tribes were residing based on the history. The Philippine Eagle Foundation which serves conservation breeding facility fro eagles will be found in the city, specifically at Calinan while in Malagos, there found a vast propagation of waling-waling. Moreover, the city has nationally known for its high durian production accounting 60% of the country’s total harvest in 2018.

Tecson said the previous design has been used for several years already “that’s why we felt the need of upgrading the icons.”

Meanwhile, the deputy mayors representing the 11 tribes who are the center of the Kadayawan Festival have been working closely with the local government especially the CTOO in preparing the series of activities featuring the cultural side of the festival.