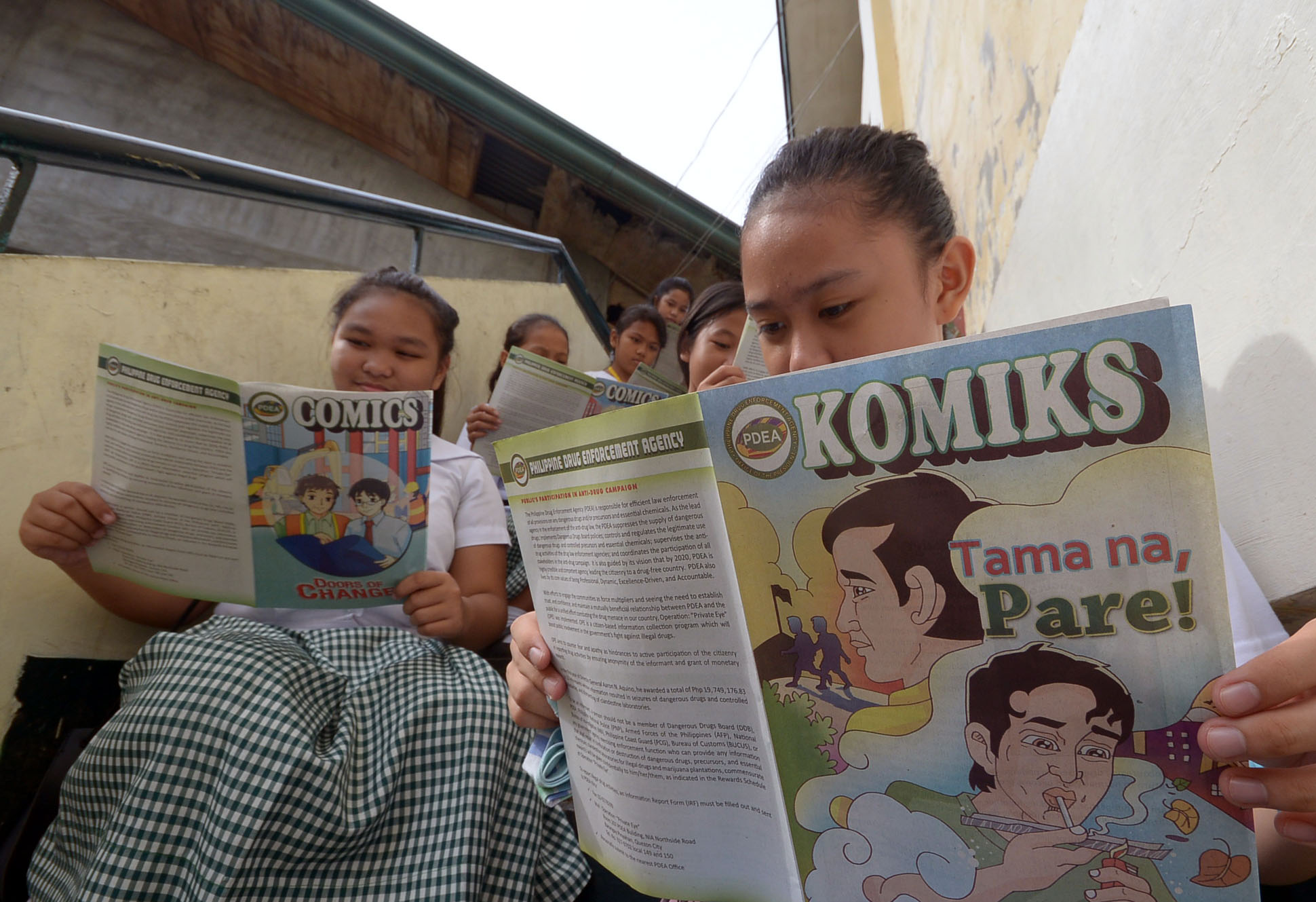 At least 2,000 copies of Philippine Drug Enforcement Agency (PDEA) XI comics were handed out to the students of Buhangin Central Elementary School yesterday.

The activity is in line with the International Day Against Drug Abuse and Illicit Trafficking.

Nephi Noli Dimaandal, the spokesperson of PDEA XI, said the comics would raise awareness on drug abuse and prevention among young children. The comics is written both in English and Filipino languages.

“The comic strips are words and pictures that work together, exposing the readers to the anti-drug campaign being undertaken by the government that would better equip the students to resist drugs,” he said.

He said that young kids are being used as drug runners and couriers by traffickers. The promise of money is very difficult for the underage boys and girls to resist.

The comics is about a jeepney driver who wants to have the best for his family. Everything seems okay until he encounters some financial troubles, which forces to turn to drugs. There’s also another story about an overseas Filipino worker (OFW). While he is away, his son is caught for selling Ecstasy (MDMA).

The comics also follows the journey of a newly hired engineer and young executive who face various challenges, struggles, and triumph in a construction firm. The story emphasizes the need for a drug-free workplace policy.

Agent Phed and Agent Eyah are superheroes who save the lives of people who are into drug use.

PDEA Director Aaron Aquino said the first-ever Drug Abuse Prevention Comics is meant to educate children and other sectors of society on the prevalence of illegal drugs.

“This is part of holistic approach to curb illegal drugs,” he said.
Meanwhile, PDEA XI spokesperson Dimaandal said they observed a reduction in the supply of crystal meth in the region since the price of gram has increased from P12,000 to P15,000.