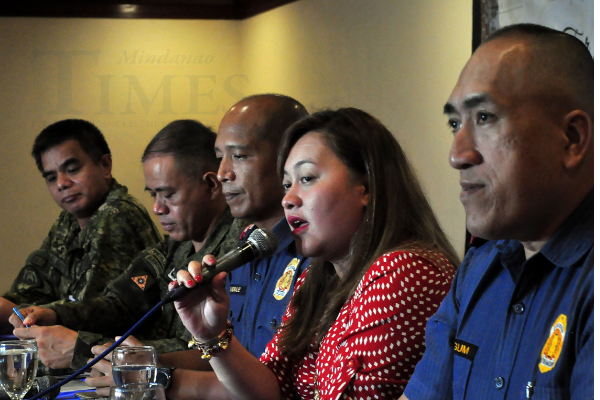 The Comission on Election XI reminded the public to refrain from taking pictures of the official ballots after casting their votes since it is considered an election offense.

Speaking in yesterday’s AFP–PNP press briefing held at The Royal Mandaya Hotel, Atty. Krisna Caballero, the spokesperson of Comelec XI, said “It’s actually prohibited to take pictures on your vote or you will take pictures after voting because it would be an evidence of vote buying or selling.”

Moreover, “the voters receipt will just be shown to you after it was release from the voting machine,” Caballero said.

“Cock fighting is also prohibited as well as horse racing,” she added. “We also remind them (to stay) 50 meters away from the polling precincts.”

Police officers will also stay 30 meters away where they will still be closed enough to be called by the election officers in case of emergency.

“Also, our reminders to the voters not to have an over-vote,” Caballero said.

She explained that if the voter will shade for 13 senatorial candidates then their vote will not be counted. But it doesn’t mean the official ballot will be invalid. Proper shading of the ballots will also ensure that their votes will be counted.

“Also, they only have to vote for one party-list,” she added.