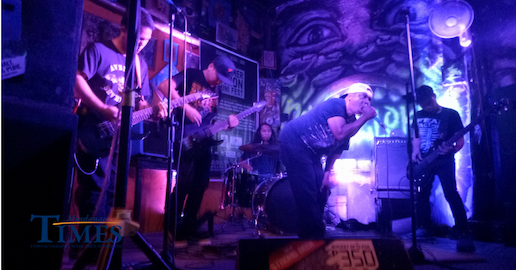 Brands of an international beer company have opened up a steadily emerging niche market in the city since its entry as a player starting last year, according to its official.

James Harvey Paragili, territory executive at AB Heineken Philippines, said in an interview with TIMES that it has slowly penetrated its niche market despite having to compete with known, more established brands.

Heineken brands such as Tiger Black have been making an aggressive entry into the local B and C markets, since it started making presence felt in the Davao Region in June 2018.

“The best example for this is Trivia Nights and the band performances in areas such as Suazo Bar,” Paragili said.

The quiz shows have gained traction as regularly crowded events since the phenomenon’s rise in the early 2010s.

More recently, Tiger sponsored the Summer Union Fest at Zero 82 Lokal along Torres Street, with scores of bands from all over Mindanao playing the gig as a belated yet timely tribute to the local scene.

”I think it’s through tapping the local scene of Davao that we can make a name and difference for Tiger Beer,” Paragili said.

Aside from niche markets in Suazo and Zero82, Tiger has also tapped into premises accounts such as eateries and off-premises ones such as sari-sari stores.

Other niche markets include Grub Out, Rupings, Zigudo, and Secret Spot by Comedor.

“I can confidently say that Tiger is making a name not only for our consumers but also for the local scene here in Davao,” he said.