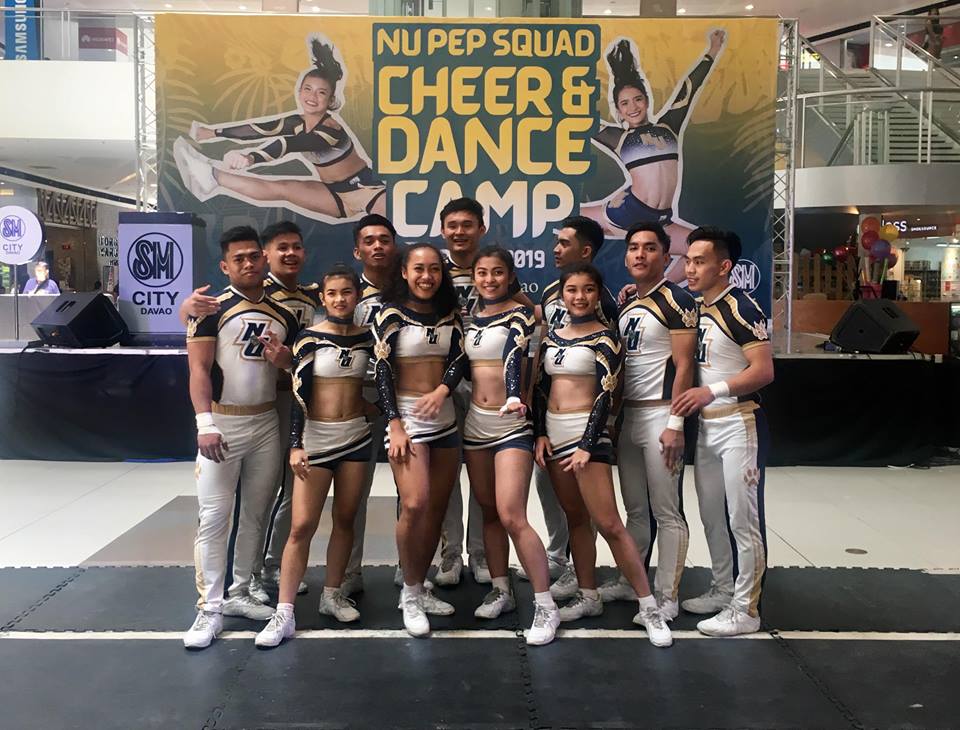 “This is our second Cheer and Dance Camp in Mindanao after having a successful session in Cagayan de Oro last April 22. We are here until the weekend as we continue our recruitment for aspiring cheerdancers here in Davao,” Bernabe said in yesterday’s Davao Sportswriters Association (DSA) Forum at the SM City Davao Annex.

The Cheer and Dance Camp included a four-hour session from the basic to advance levels.
The NU Pep Squad were also proud of having Mindanaoans as part of the core having two from Davao City, three from General Santos City and one from Cagayan de Oro City as based as their previous recruitments.
Being part of the NU Pep Squad has its own benefits from scholarship and allowances. Grades play a crucial factor for being part of the squad as managers kept their track on monitoring their educational performances.

“The Palarong Pambansa plays a key factor in our recruitment as we focus on potential athletes in the sport of gymnastics. It will be the most basic, as we hold levels from gymnastics, cheerleading to cheerdance. Our main goal for the cheer camp is to share our passion on our craft,” she added.
Aspirants vary from ages 17 to 22 years-old.
After the Davao City leg, the NU Pep Squad goes to General Santos City on May 1.