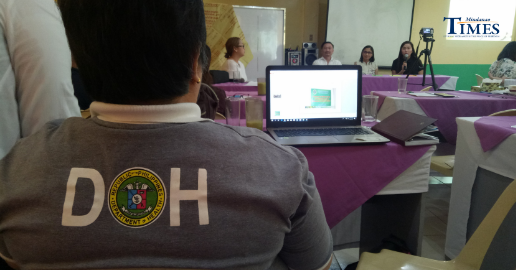 The Department of Health is awaiting communication from the Office of the President on the recently signed General Appropriations Act for 2019, an executive of the agency said.

Dr. Annabelle Yumang, regional director of the Centers for Health Development in Region XI, said there was a need to identify an actual amount, especially since President Rodrigo Duterte vetoed P95.3 billion because the items are deemed illegal and not a priority.

Yumang said that the national expenditure program for the region amounted to at least P330 million as of last year.

The NEP figure is usually updated based on the approved GAA.

Executive Secretary Salvador Medialdea was quoted in Manila Bulletin as saying, “The President, among others, vetoed 95.3 billion pesos items of appropriations in the Details of DPWH (Department of Public Works and Highways) Programs/Projects, which are not within the programmed priorities.”

Yumang, however, assured there was no delay in the funding for personnel services.

Under a continuing appropriations system, the DOH was able to allocate at least P25 million for the Human Resources for Health program. The funding for the personnel comes from unutilized appropriations from the 2018 GAA, or at least 25% of last year’s annual budget.

The HRH is one of the DOH’s programs in which health personnel are deployed to geographically disadvantaged areas.

The personnel include nurses, midwifes, dentists, medical technologists, and pharmacists, among others.

“We hired them for February to March under the unutilized budget,” Yumang said.

The agency added it had adjusted to the clash between both houses of Congress by extending the program to May.

In case there is a shortage of funding, the regional office may tap personnel services funding under the Office of the Health Secretary.

The agency has hired at least 380 personnel for the HRH program.

In a statement, the DOH earlier said it would at least ensure HRH personnel are informed of their hiring status “for them to make informed decisions.”