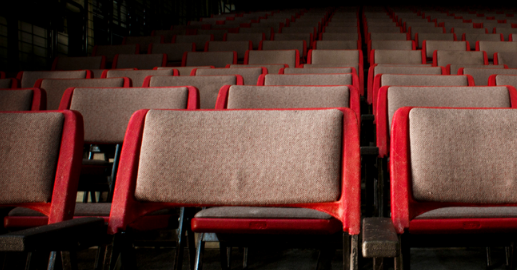 The new wave of movie-goers

There has been a palpable shift in the usual movie-goers’ approach to the art of film. Where once people used to anticipate the content and the artistry of film itself, eager to witness and experience visual story-telling, now most people are in it for the consumer experience. Gone are the days when movies are viewed as art to be appreciated, not a product to be bought.

In these modern times, the culture of consumerism has become so dominant that it has managed to drive out even the most basic cinema etiquette. Getting lost in a fictional alternate reality with nothing but popcorn is now archaic. The times have introduced a new wave of audiences with a lesser understanding of the movie experience.

This new wave of movie-goers can be categorized into five. Perhaps you may find your movie habits under one of these.

First, the “Picnic Goers”. You know this type, of course. You can spot them easily with the numerous snacks and smelly food they bring inside the cinema. During the film, you can hear them munching and chewing and they never run out of food. The sound is not the only annoying thing, there is also the smell. Put noisy and smelly together and you will have the ultimate movie distraction. Maybe the picnic goers have mistakenly bought movie tickets instead of buffet passes.

There is always that one person who feels the need to describe every scene in the movie as they happen on the screen. This is the “Designated Narrator” type. When someone elicits something like “He’s been shot. He’s bleeding. He’s gonna die ohmygod!” then you have found the designated narrator. You do not ask them to spell out the scenes for you but they do it anyway.

Another type is a cousin of the designated narrator, the “Soothsayer”. This type of movie-goer is usually armed with prior knowledge about the film from what they have read online. When you are seated next to one, you do not need to finish the film, the soothsayer can tell you everything you need to know. They do not even have the decency to warn “spoiler-alert!

Then there is the ever present “Ghost-Hunters”. In the darkness of the theaters, a number of souls would randomly show up, gloriously glowing with the backlight of their smart phones. In the dimness of the cinema the ghost-hunters’ light will leave you half-blind and completely distracted from the movie.

The last category is the “Lovers in Paris”. There is no need to further explicate on this type for this type is universal in nature. Cinemas never run out of couples flirting and teasing each other. This is fine as long as they keep the PDA to the minimum, but singles get triggered and sometimes lose interest in the film, especially if they are seated right next to the lovers in Paris.

Not that the these types of movie-goers automatically lose their right to enjoy the film, but some of these pesky habits actually ruin the movie experience of others. Some movie-goers who only anticipate the film just because of the trend are some of the most guilty of this offense.

If you have found yourself described in the category mentioned above, consider this as an education. There is a tacit but proper etiquette that must be observed when going to the cinemas.When in doubt, remember the primary rule–never get in the way of other people’s movie experience.