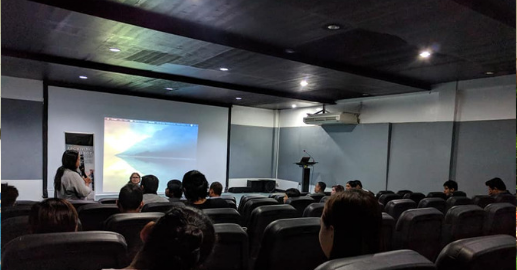 Looking for local films of Davao

If you were asked to name one movie created, filmed and produced locally in the shining city of Davao, what would it be?

Did a particular film come to mind? If you thought of one then congratulations, you’re better than most of the city’s overall populace.

The average Dabawenyo might be familiar with some works of few local filmmakers – like John Paul Seniel, Jarrel Serencio, and other names already established in the art – but other than that, the local audience does not really show palpable enthusiasm for the local film industry. It is evident that there is not enough support in Davao for local films.

And just who is to blame for the lackluster presence of local film-making?

The usual suspects are always these two: audience taste and corporate studios.

Some artists believe that the Davao audience is just too immature to appreciate local, small budget movies. And that the inculcation it has received from formulaic mainstream films is proving to be so deeply-entrenched that it easily dismisses the new, experimental and avant-garde forms of film.

However, it is not entirely fair to fault the audience for its indifference. Suppose that you, a citizen of fair Davao, who has had no prior experience with local films, is curious and want to see one. If you ask most people, they would most probably point you towards the direction of Palma Gil where Cinematheque is situated.

Spearheaded by the Film Development Council of the Philippines back in 2012, Cinematheque is created to promote regional indie films. It is where indie films are screened, and is a great place to start if you just want to consume any local movies, because the screening is random.

What if you want to watch a particular local film and it is not showing in Cinematheque? Where can you go?

This is where things get hard for the average citizen to engage in the local film industry. Unless the film you want to watch is an entry in Davao Ngilngig or Mindanao Film Fest (MFF); or just happen to screen in Cinematheque as you happen to pass by; or is bought by a bigger studio and put some online platform, then your search for access becomes a challenge.

This becomes apparent when you try to remember the last time you walked into the cinemas craving for something different and voila! Films you can support to heighten your Dabawenyo pride just happen to be screening in cinemas 1 and 2? Yeah, that never happens.

Moreover, video stores are practically extinct now so you can no longer walk in somewhere and buy a physical copy of your particularly coveted film.

Ease of access is a real issue that needs to be addressed. In fact, the FDCP Chairperson herself was asked about this problem in a stakeholders’ meeting here in Davao on March 11th of this year. When questioned by a local artist where the films go after screening in film festivals, she admitted that storing and archiving local films somewhere they can be easily accessible to the general audience is a major problem.

This problem would have been easily solved back in 2013, when a project called Film in Davao (FinD) of the University of the Immaculate Conception (UIC) was launched.

FinD was supposed to be a website that would catalogue local films along with their filming and filmmakers’ details. It could also add information about where and when the films would be available for viewing. Somewhat like a local indie IMDB.

Sadly, the project is probably still under development or, worse, scrapped altogether. There is yet another word of FinD since its beta testing.

The lack of a centralized system, (database or a site) where all local films can be stored, categorized and presented is obviously hurting the industry, depriving it of an enormous number of content-consumers.

Considering all these nuances, the indifference of the audience is no longer a mystery.

Going over to the other suspect – corporate studios, the mainstream.

Local films certainly do not have the same reach as the mainstream. To reach a wider audience would mean utilizing advertising and marketing strategies on all popular media – this requires spending a lot of money.

A lot of money is something our local film industry simply do not have; for indie films are more concerned with story-telling and art rather than profiteering.

Some argue that big studios desire monopoly over all audiences. Of course, they do. They are corporations after all, but, you can say all you want about mainstream films – the hackneyed plot-lines, blatant cash-cows, unbridled commercial campaigns – but one thing it has over local films is convenience. Films produced by big studios are a lot easier to consume.

One must not forget that an audience is just a crowd of consumers willing to spend their money and time on a product as long as it is easy to do so. Corporate studios understand this consumer principle better than most. Hence, online streaming services.

They know where the market is and how to engage it.

There is also the rhetoric of big studios hogging the industry by blocking the efforts of local filmmakers and undermining indie film activities. The logic here is that big studios put in money to make a lot of money. Film-making is just good business. If a competitor poses a challenge, it is in the interest of big studios if they should choose to hinder the competition.

Local independent filmmakers can cry foul all they want, but who would listen to them if the audience remain indifferent?

All is not lost, however. Davao groups of film-makers, critics and enthusiast are certainly doing their part in trying to reel in the attention of the local audience.

For instance, the initiative of Pasalidahay. Pasalidahay is an organization of filmmakers and enthusiasts that goes school-to-school, screening local films and informing the people (students mostly) about the relatively marginalized art sect. Not only are they promoting local films, they are also making it easier for the audience to access. They are literally taking the cinema to the people.

Their cause, needless to say, is admirable, but progress is slow.

This progress may be hastened if the local film industry should look into the accessibility of their films, and perhaps acquire the support of the local government for the promotion of local films.

These unhealthy conditions are certainly not conducive to the development and evolution of the art of film.

It is vital for a growing city to have its own local films, ones that feature its local landmarks and as well as emanate its cultural and social landscape; for it is the lot of the artist to look and never avert his eyes, if a certain Japanese filmmaker is to be believed.

If what the audience see in films is just the perspective of a few people from faraway places, recycled over and over again with only slight variations in execution, then they are not witnessing much about the closer, more immediate realities. Davao City’s local film industry has untapped potential to become a force that can fortify the City’s sense of identity as it tries to paint pictures of Davao; a natural by-product of art’s imitation of life.