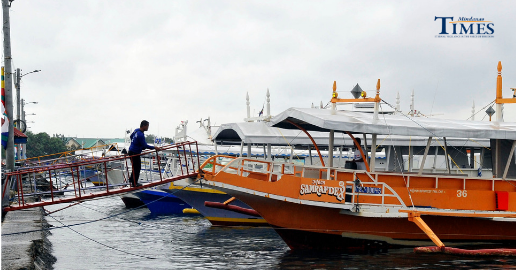 No permit, no sail | Samal chartered boats need to be registered with Davao City: official

The city government will impose a “no permit, no sailing” policy on all chartered boats traveling to Island Garden City of Samal starting April 12.

The policy was instituted when city government officials received information regarding chartered boats operating without permits.

Operators reportedly lease these boats to domestic and foreign tourists to tour Samal Island.
It reached the attention of the city that these boats on secure permits from the Samal City and the Maritime Industry Authority.

Neil Michael Galaura, the Davao City Business Bureau Office licensing officer, stressed that the permits issued by Samal City are not sufficient since these chartered boats are also doing business in Davao City.
“Since they pick up passengers here for their island hopping, they also need to pay our regulatory fees,” he said.

According to Galaura, they already inspected 25 chartered boats and told drivers and operators that they need to also secure a permit from Davao City. Their awareness campaign will continue until they reach out to all the operators.

There are an estimated 100 of these boats using Sta. Ana wharf as a jump-off point going to Samal City.
“Mayor Sara Duterte even promised them that they will not be paying business tax since they already have permits from Marina. They just have to pay the mayor’s permit, regulatory fees, and other minimal fees,” Galaura said.

The city government is in close coordination with the Philippine Coast Guard mandating them not to allow chartered boats to sail unless the operators will comply with the city policy. (File photo by Bing Gonzales)