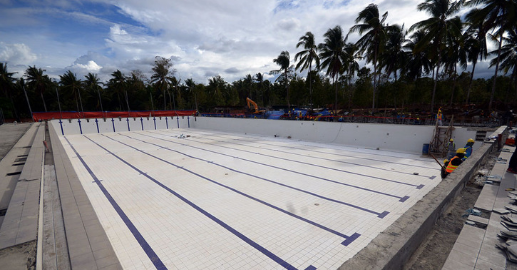 The City Government has allotted P69.3 million as its counterpart for the Palarong Pambansa 2019.

In the press conference during the signing of Memorandum of Agreement between the City and the Department of Education (DepEd), City Administrator Zuleika Lopez said the P69,332,700 is the “commitment of the city in hosting the Palarong Pambansa.”

DepEd Sec. Leonor Briones said the city’s commitment to provide various services is among the major considerations in selecting it as the host for this year’s national sports event.

“Buses will be available to fetch the delegations who are travelling by plane or sea upon arrival from the Davao International Airport/Sasa ports,” Briones said.

Other than buses, two service vehicles will be provided to each delegation to be used for marketing and other errand purposes.

The city will also provide air-conditioned service vehicles for the national working committees and Palaro technical officials to and from the billeting quarters and playing venues.

Each delegation will also receive 15 sacks of rice, 70 kilos of beef and chicken or its appropriate equivalent for the whole duration of the event and fruits like banana, durian, mangosteen, pineapple, and pomelo.

For the welcome dinner, the city will also provide two roasted pigs.

Lopez said the city will also provide roasted calf during the fellowship event.

Delegates will also have free WiFI connection for authorized users in all playing venues.

All playing venues are ensured to have drinking waters.

“Very important are the drinking stations because this is an athletic competition and athletes need drinking water all the time,” Briones said.

For security, part of the allotment will be for the food of deployed personnel.

“We allotted 10 million for the food of our security personnel. This is not just regional and city police. We also requested battalions (from) other areas because we already have delegates coming in,” Lopez said.

Assistant City Administrator Atty. Lawrence Bantiding bared 2,000 security personnel will be deployed during the duration of the event, from April 26 to May 4.

Bantiding also said they have security personnel in place for the participants who are expected to arrive this week. (Photo of under construction DC-UP swimming pool by Bing Gonzales)