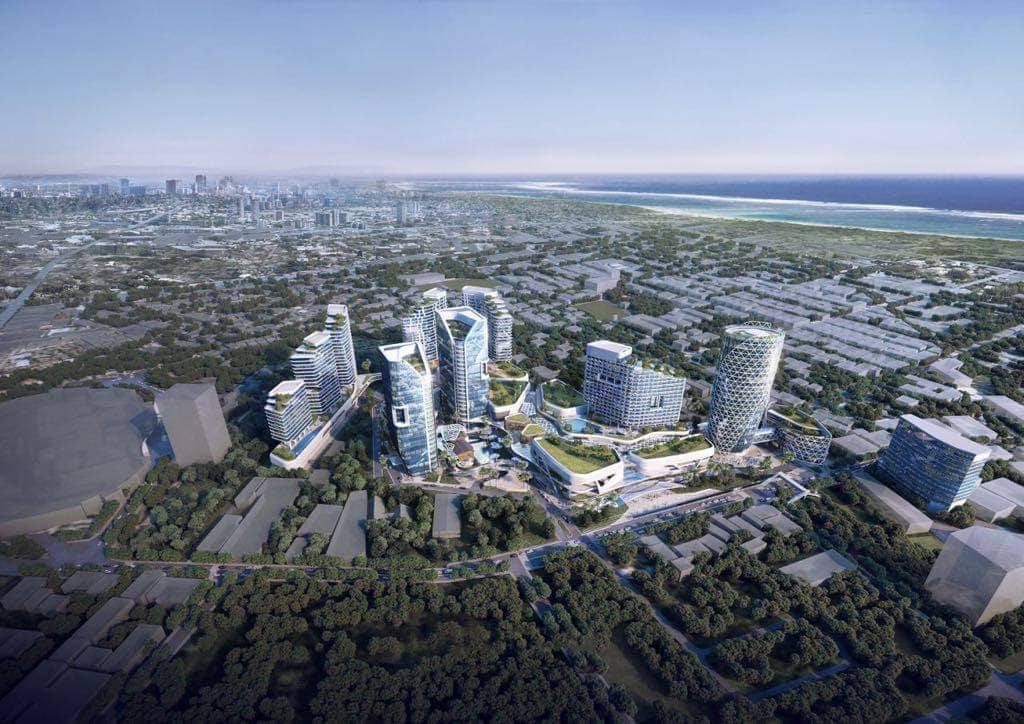 The New City Commercial Corp. (NCCC) is setting up eight buildings in the nine-hectare property where the iconic Victoria Plaza Mall, the first mall in the city, is located.During the unveiling of the project Wednesday, Sharlene Faye A. Lim, NCCC Malls president, said one of the buildings will be a five-star hotel even as the company’s officials are still discussing whether to retain the old name of the mall.

Although she could not yet provide the actual development phase and the designation of each building, Lim said the other buildings will be for three service apartments, headquarters of the company, and condominiums as the company is also enhancing the mall as it is looking at increasing it from three to five floors as its foundation is strong enough.

“Starting today, we can start talking to people (possible partners in the development of the project) openly,” she said, adding that the company will also bring the project to the attention of the D. M. Consunji Inc., its partner in rebuilding its mall south of the city that was burned in 2017.

Walter V. Melicor, chief financial officer at Elements Philippines, designer of the project, said based on the evaluation his company, depending on the speed on the development of permits as well as other factors, the project can be developed within seven to 10 years.

Melicor, whose company has been developing several projects abroad including Marina Sands in Singapore, said that the project will have five phases.

“It will be at par with world-class (developments),” he said, adding that some of the inspirations of designing the projects are plants in the city, including mangosteen and orchids.

On the actual cost of developing the project, Melicor admitted that although the design team has an estimated value of investments, it could not reveal because everything is still fluid.

On the present tenants, Lim said the company has talked with them and will provide them with spaces as some of them have signed new contracts as the mall has about 300 tenants.

On the row of restaurants located at the back of the mall, the company has started discussing with them on the possibility of relocating within the property when the new buildings start operating.

Emmanuel G. Herbosa, president of the Development Bank of the Philippines, said the bank was the one who helped the Lim-led company in buying the property from the Philippine National Bank.Although he did not mention the loan amount as the two parties signed a non-disclosure agreement, Herbosa said the bank will continue to help the company in realizing the project. “I cannot tell you how much loan is, (but) what I can tell you is that it was used in acquiring the property,” he said.

Built in 1993 by the late businessman Robert Alan L. Limso, the property was eventually mortgaged to the PNB which eventually possessed the property.

Early this month, the NCCC group announced the acquisition of the property as the project is part of its portfolio even as it is developing two other properties, including the one that would replace the one that was burned.

The investment of the company started when Ms. Lim’s grandfather, Chinese immigrant Lim Tian Siu, started a store selling, among others, eels in Cotabato City immediately after the Second World War.

Mr. Lim moved to the city in 1952 after the store was burned and started a store for textiles which was also burned. Although suffering from a setback, Mr. Lim’s suppliers trusted him which resulted in another store that eventually paved way for his first department store.