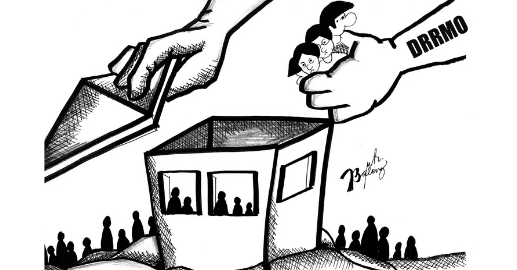 The rain steadily poured well into the morning yesterday as reports came in that tropical depression “Chedeng” hit landfall at 5:30 a.m. in Malita town, Davao Occidental. Most local government units in the region and neighboring provinces have already been bracing for the storm, learning from previous experiences the extent of destruction such calamity can take down.

Even if Chedeng has been downgraded to a Low Pressure Area, LGUs should continue to look out and monitor landslide and flood prone areas in their areas. In the city, all river systems are monitored and those living in vulnerable areas identified by the CDRRMO have already been cautioned to move if there is an increase in the water level.

The office has raised the yellow level warning yesterday afternoon, which means all water levels in the city are safe but those living along the river banks should continue to be alert.

Although classes were suspended the entire day yesterday, government offices closed at 1 p.m. after the City Mayor’s Office released a memo suspending work in all government offices and encouraging private sectors within the city to do the same as an added measure to mitigate effects of the storm. Also, to respond to the lack of transportation as a result of the inclement weather, the city fielded 15 buses for ‘libreng sakay’ to passengers bound for Toril, Calinan, Bunawan, and Buhangin – Catitipan.

A “sweeper” bus will also be deployed within the city to pick up stranded passengers.

We have learned our lessons well. How well we prepare for disasters in this time of extreme weather changes is crucial as we rush headlong to the inevitable climate change.