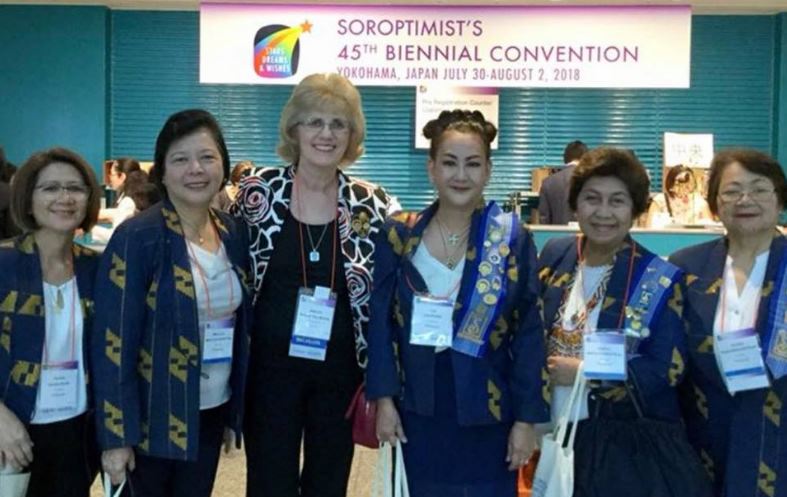 Scene City: Dream it, be it

Women from all over the world have bonded together to give less privileged women a better quality of life. This group of women who call themselves Soroptimists are found all over the world, the founder of which was Violet Richardson-Ward from Oakland, California.The women in Europe established the first club in 1924 and on May 05, 1966, Mariquita Castelo founded the same organization in the Philippines and called it Founders Club.

This year, on February 06, a “Dream it Live It” Forum was held at the Assumption College of Davao Audio Visual Room conducted by Rechelle De Guzman, who gave insights into how young women work hard from having dreams of success in their schooling, climbing higher through the correct avenues, finishing a high school education, taking a college course that will eventually help her achieve goals in life.

Soroptimist International of the Philippines Region (SIPR) is the mother organization in the Philippines which organizes conventions in cities and provinces to hold sessions in achieving goals geared towards gender equality, quality education, inequality reduction, poverty reduction and decent work. Each year, a woman who deserves to be granted an education competes with regional candidates and the winner is awarded an amount for her to finish her education and raise her standard of living with the course she is able to finish using the funds she has been granted.

Another undertaking worth mentioning is the Adoption of Barangay Talomo Day Care Center and providing a feeding center for this barangay. Barangay Captain Bendor Aparis Calamba happily joined the Soroptimists International of Davao headed by SI Davao President Dr. Luz Acosta-Barrients and Rosalie Russell, Past President of SI Davao and an active officer of Barangay Talomo during the Ribbon-Cutting Ceremony of the Feeding Area at the adopted barangay in Talomo.

SI Davao delegates along with other federations attended the 45th Biennial Convention held in Yokohama, Japan on July 30-August 02, 2018. The delgates were welcomed by SIA President Dawn Marie Lemonds. Workshops on Making Dreams a Reality were held on July 31. Workshops for the different topics were facilitated in Chinese, English, Japanese, Korean, Portuguese and Spanish.

Empowerment for women and girls to make their dreams come true was presented in Japanese with interpreters. Another session was Soroptimist Dream Programs—Supporting the Global Agenda.

SI Davao and SIPR will be joining the Soroptimist International of the Americas in the convention to be held in Kuala Lumpur in July 2019 to hold sessions on how to raise the living conditions, set up doable programs that will bring about a better quality of life for women and girls all over the world.