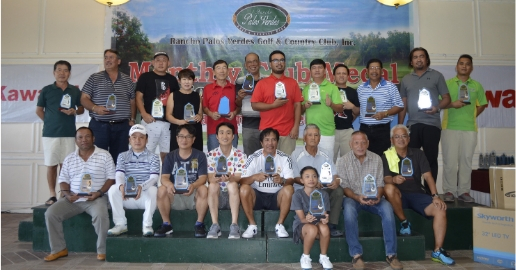 Samanodi wound up as the Class A gross champion with a 72 followed by Kim Il Gyu who had 77 for the runner-up honors. Jericho Bajo had 67 for the net crown while Jong Tan placed runner-up with 70.

Special designed trophies were given to the winners by RPVGCC general manager Tommy Inigo during the awarding rites.