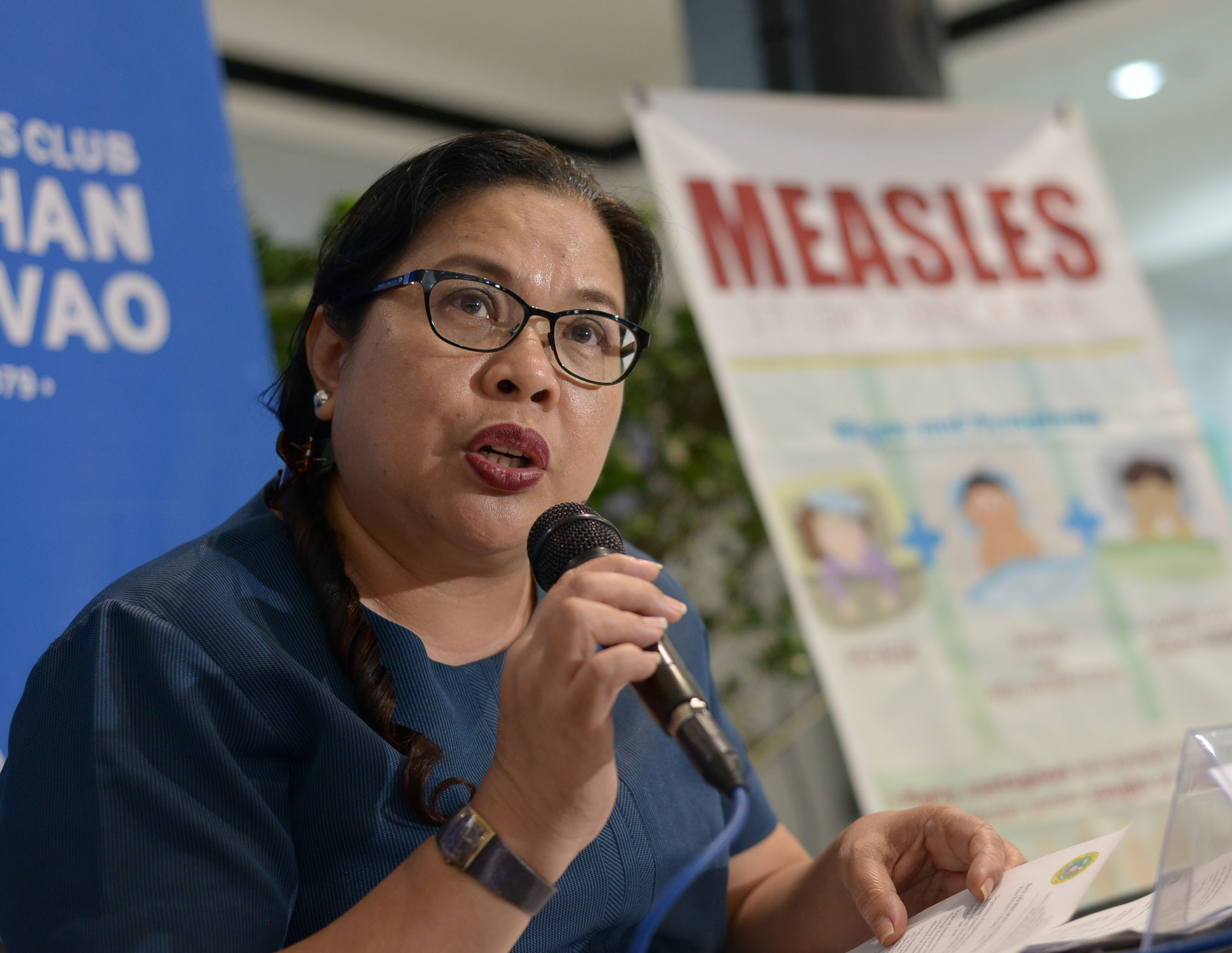 The City government gets another feather in its cap.
The Department of Health (DOH) has bestowed the bailiwick of President Rodrigo Duterte as filariasis-free city, with a P1 million incentive.
During yesterday’s flag raising ceremony at the City Hall grounds, DOH Regional Director Anabelle Yumang presented the plaque of recognition and the cash incentive to Mayor Sara Duterte in front of the city employees and the public.
According to Dr. Yumang, the award is attributed to the 11-year effort of the city to get rid of the parasitic disease caused by an infection with roundworms of the Filarioidea type.
“Way back in 2007, the massive drug administration of preventive medication for this disease started,” Yumang said. “It was conducted in nine endemic districts: Paquibato, Bunawan, Buhangin, Sasa, Toril, Tugbok, Calinan, Baguio, and Marilog.”
As Yumang explained, “Filariasis is a disease obtained from parasites brought about by night-biting mosquitoes. These parasites enter our bloodstreams and multiply in human bodies and cause enlargement of extremities.”
On the Transmission Assessment Survey conducted in 2018, it was found out that there was low filariasis cases, with only three cases, and more than 85% mass drug administration coverage.
“We earned recognition for being a filariasis-free city. Our activities for 11 years bore fruit. We have recorded low to no cases of filariasis and based on the standards, this is already a filariasis-free city,” said Duterte.
Dedicating the award to the health personnel of the city, the mayor said the incentive will be given to the City Health Office to continue with its research and activities to maintain its filariasis-free status.
The mayor vowed that the effort of the city health office will not be lowered despite being recognized as filariasis-free.
“We will not stop especially that this is a disease carried by mosquitoes who maybe always within the environment,” she said.