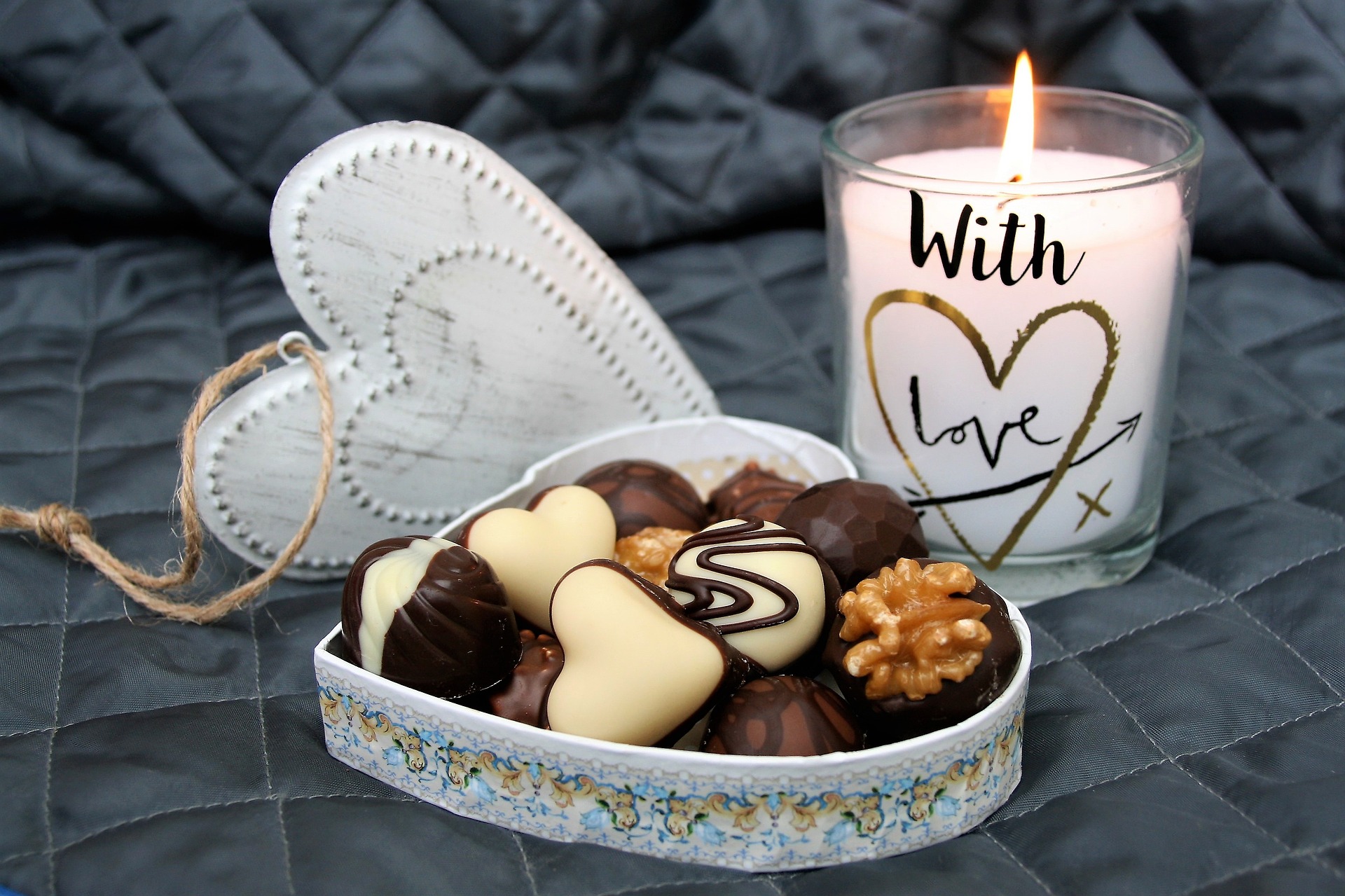 Valentine’s Day is a day of celebrating quality time with a sweetheart. Marketing experts come up with special promos to lure customers to shop and dine. It’s a happy day for lovers. But that doesn’t mean that single people are less happy on Valentine’s Day. They could even be happier to be alone and unaffected by marketing.

The origins of this festival of candy and cupids are actually dark, bloody — and a bit muddled. Though no one has pinpointed the exact origin of the holiday, one good place to start is ancient Rome, where men hit on women by, well, hitting them. From Feb. 13 to 15, the Romans celebrated the feast of Lupercalia. The men sacrificed a goat and a dog, then whipped women with the hides of the animals they had just slain. The Roman romantics “were drunk. They were naked,” says Noel Lenski, a historian at the University of Colorado at Boulder. Young women would actually line up for the men to hit them. They believed this would make them fertile. The brutal fete included a matchmaking lottery, in which young men drew the names of women from a jar. The couple would then be, um, coupled up for the duration of the festival — or longer, if the match was right. The ancient Romans may also be responsible for the name of our modern day of love. Emperor Claudius II executed two men — both named Valentine — on Feb. 14 of different years in the 3rd century A.D. Their martyrdom was honored by the Catholic Church with the celebration of St. Valentine’s Day. Later, Pope Gelasius I muddled things in the 5th century by combining St. Valentine’s Day with Lupercalia to expel the pagan rituals. But the festival was more of a theatrical interpretation of what it had once been. Lenski adds, “It was a little more of a drunken revel, but the Christians put clothes back on it. That didn’t stop it from being a day of fertility and love.” (Arnie Seipel, The Dark Origins of Valentine’s Day, npr.org)
Authors like Chaucer and Shakespeare popularized Valentine’s Day with their works and contributed to its transformation into a holiday of matchmaking and gift giving. During the 17th and 18th centuries, the holiday began resembling its modern consumer-oriented incarnation. While the common folk exchanged cards and turned to divinations to reveal their future romantic partners, the aristocracy engaged in more sophisticated activities. In the European courts, where elaborate displays of fashion and style were already common, the holiday was celebrated by gifting expensive presents to selected people called “Valentines” and “the formal offering of compliments in rhyme and verse.” In the 1840s, an American newspaper called The Public Ledger endorsed the holiday saying that people needed “more soul-play and less head-work” and more opportunities that allowed for an “abandon of feeling.” The meaning of “valentine” transformed from signifying a person to referring to an object of exchange. In the following decades, the marketing machines of many companies turned their wheels to lure more and more customers into celebrating the holiday, and convince them to purchase valentines—in the forms of cards, chocolates, flowers, and jewelry—for their loved ones. Nowadays, even for the non-celebrating or single individual, there is plenty of anti-Valentine merchandise to go around (Teodora Zareva, How did Valentine’s Day become so commercial—and is it a bad thing?, bigthink.com).

Valentine’s Day has been commercialized but to many people it’s still a very important day.